Really excited about this finally coming off. 30 creatives from across the world coming together for this. We have Arts Council funding too. My painting ,The Circle Is Unbroken will be on show there, back story on this blog archive! 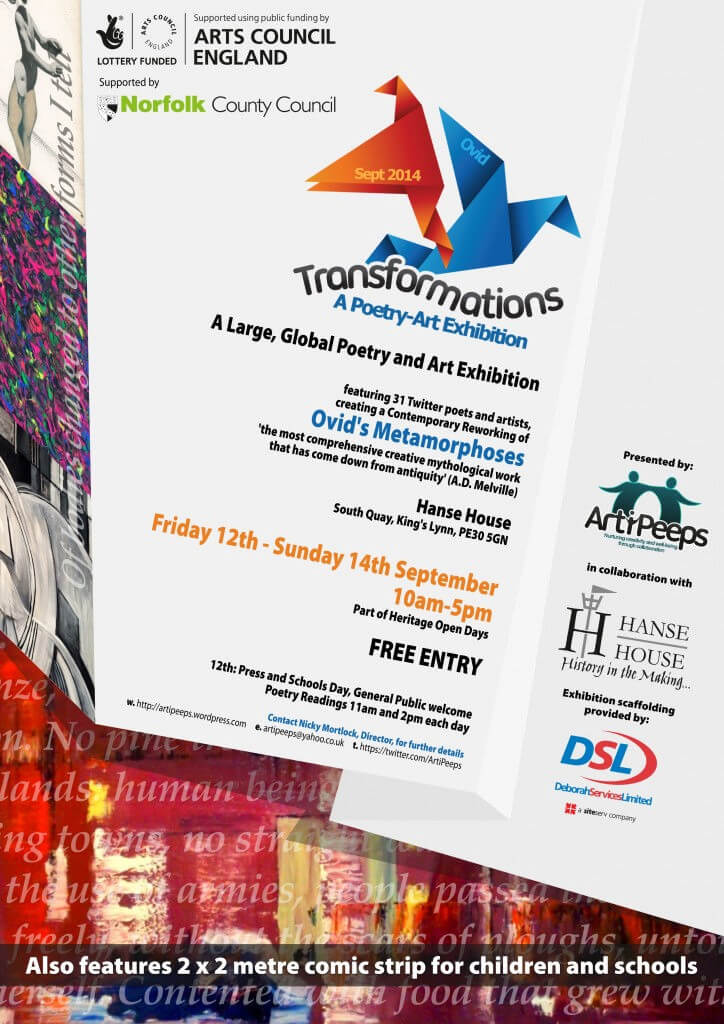 I’m letting the work settle with me for a while. Not sure if it’s finished or not or what direction to take it in. I often find if I wait a while and meditate in nature then the answer will come.  I want to keep the rough linen borders as a part of the presentation of the final piece I know that much. So that it says something about the whole process and history of the materials for the piece. I like the fact that I used the old ways of preparing the linen. That was meditative in itself. You are dictated to by the pace of preparation and drying times, 12 hours for the rabbit-skin glue and 10 for the gesso. In times gone by artists would have to grind and prepare their own pigments and paints. It really made me think. I got impatient just preparing the surface to work on! Here’s some working drawings as I used them in the studio. 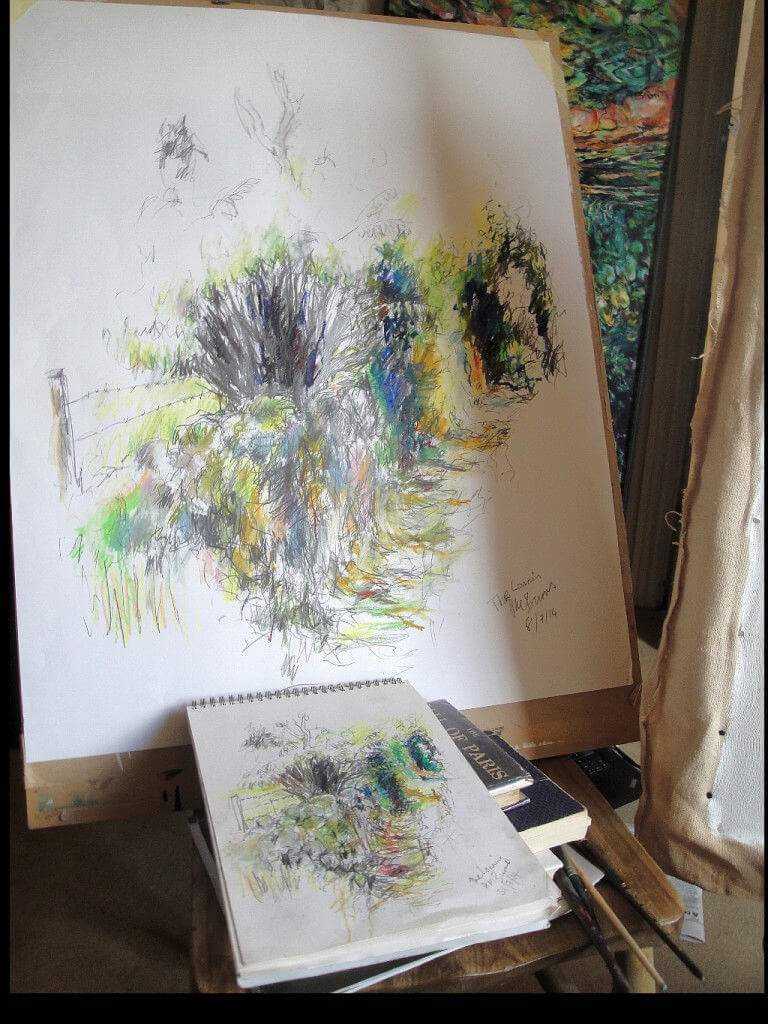 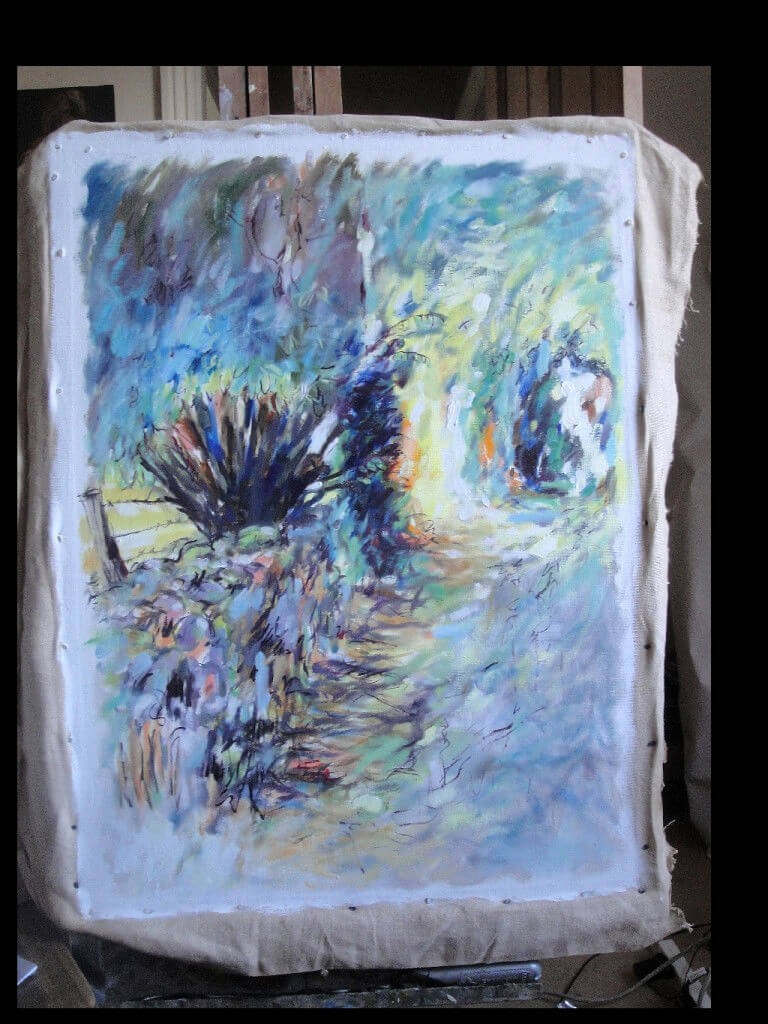 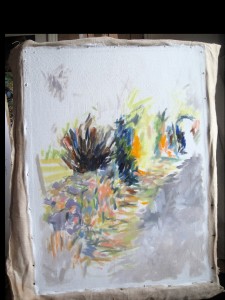 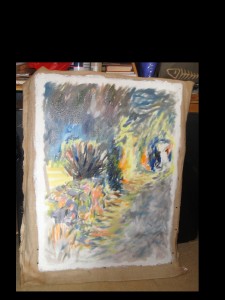 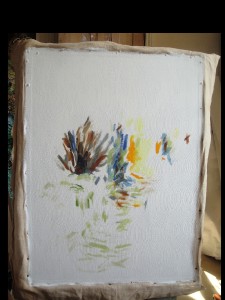 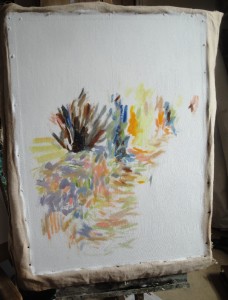 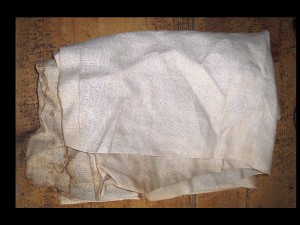 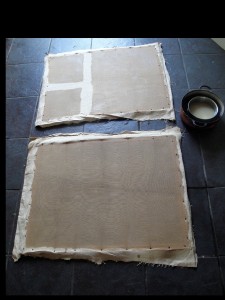 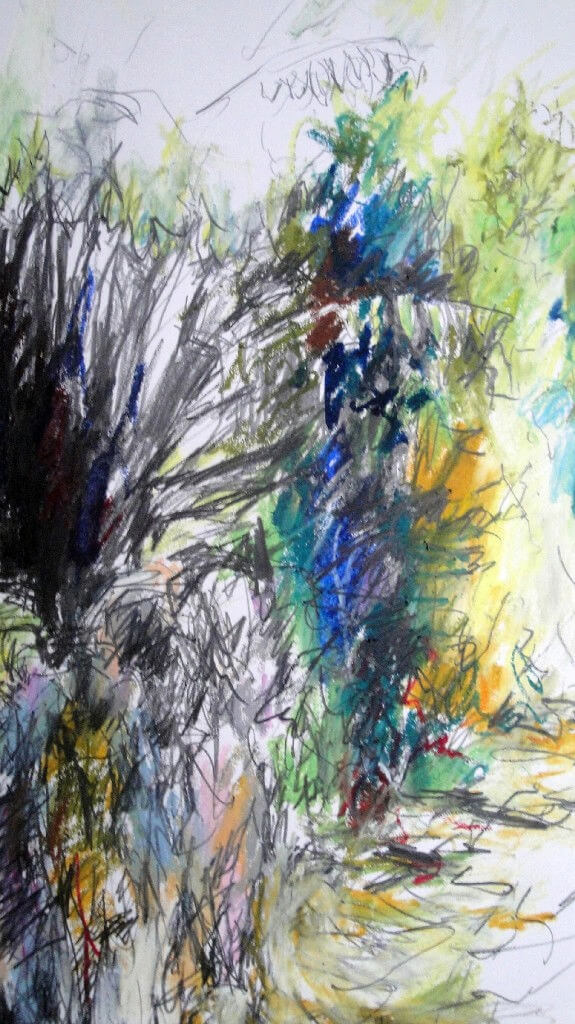 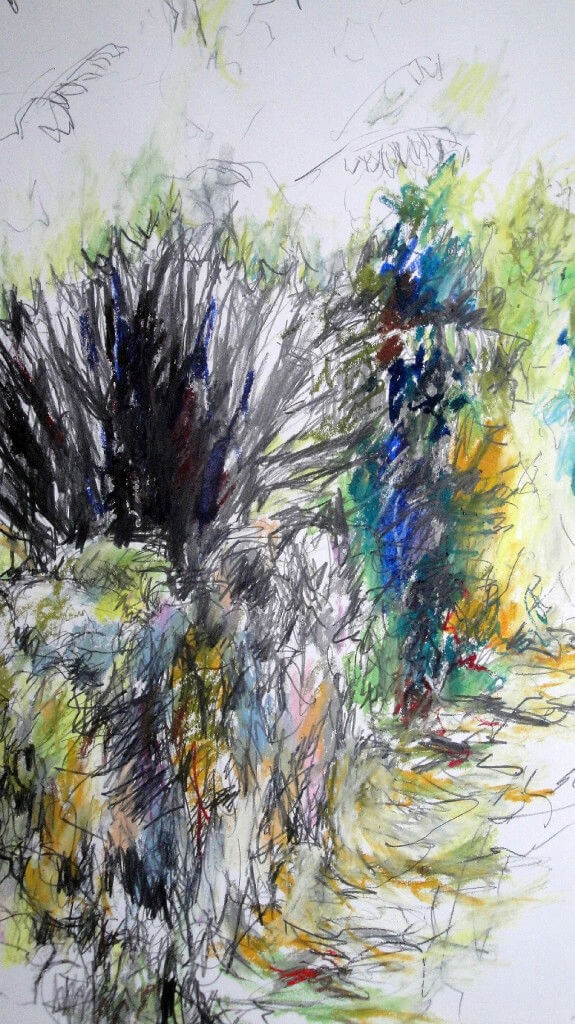 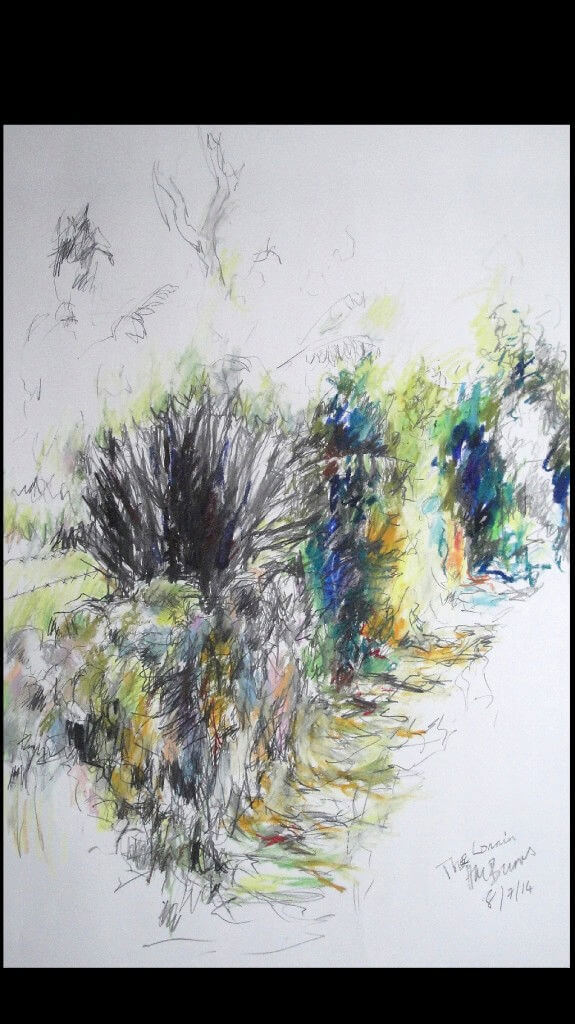 This sketch was made on the spot in this ancient lonnin going down to the river near my dad’s house in the lake-district. Apparently it was used by packhorses to carry the stone to build the village which was sourced from a castle that had been dismantled. The word ‘lonnin’ is a dialect word from the Northumbrian going back to Anglo-Saxon times. I saw this view and immediately know when it fell on my retina that it wanted to become a painting. Magical in so many ways. I’ll share the stages of making the oil-painting on some beautiful heavy linen that I found, again that my father had given me a long time ago. I’ve rabbit-skin sized and gessoed it, and want to keep the raggedy borders as part of the piece to show the history. All deliberate, almost meditative. 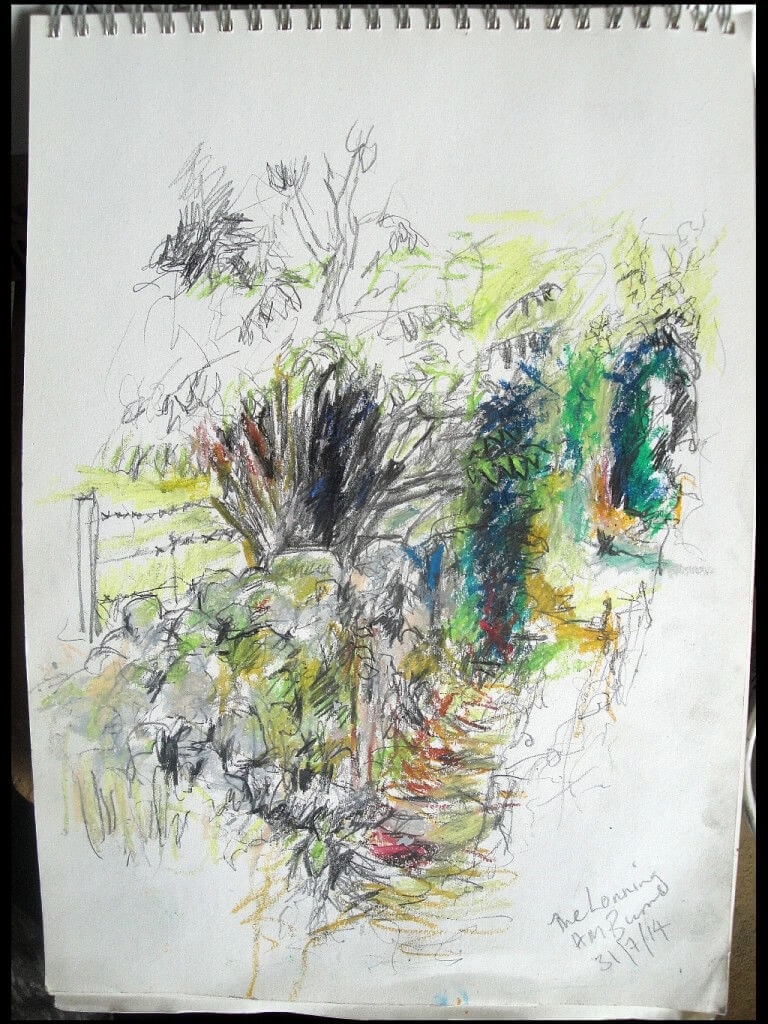